What Remains Reminds Us 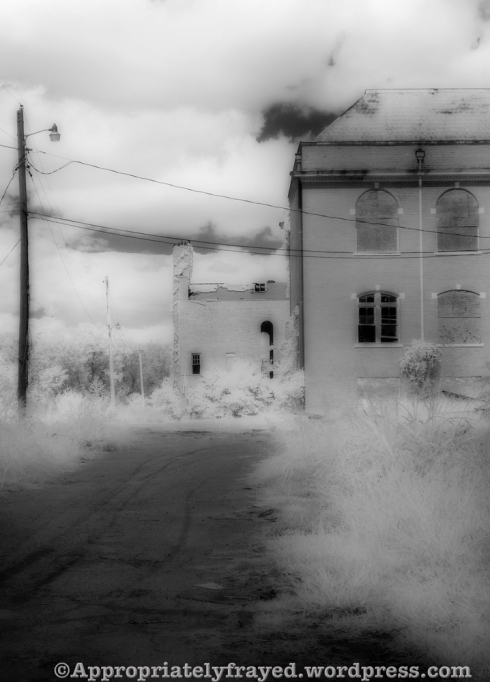 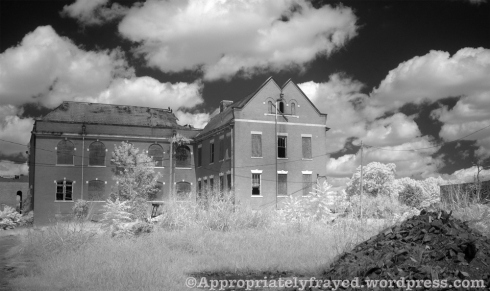 Entering Holly Springs, Mississippi on Route 7, you can’t help but notice a cluster of buildings that has struggled to survive. The remains of a mechanical college that dates back to the early 1900’s invite further inspection. A mixture of Victorian with Mansard roofs and ironwork to a newer auditorium building, the glimpses through vine covered windows tempt passersby. Having visited this campus for several years,one building is now a pile of rubble. Where books peeked out from a basement storage area, and glass shone in most windows, the buildings now stand forlorn while flocks of turkey vultures roost in the eaves and chimneys, The first time I disturbed them I was quite unnerved when more than twenty huge scrawny necked birds came swooping from the rooftop and began circling. Having no desire to reenact a scene from Hitchcock’s The Birds, I tiptoed back out of sight.If you look closely at the chimney in the photo, several remain to stake their claim.There had to be something more useful to do with this property than let it slowly collapse onto itself. Unfortunately, it may be too late to try. The building in the bottom photo was damaged in a storm and is the rubble you see in the second photo. Somehow we have to learn not to be so shortsighted.